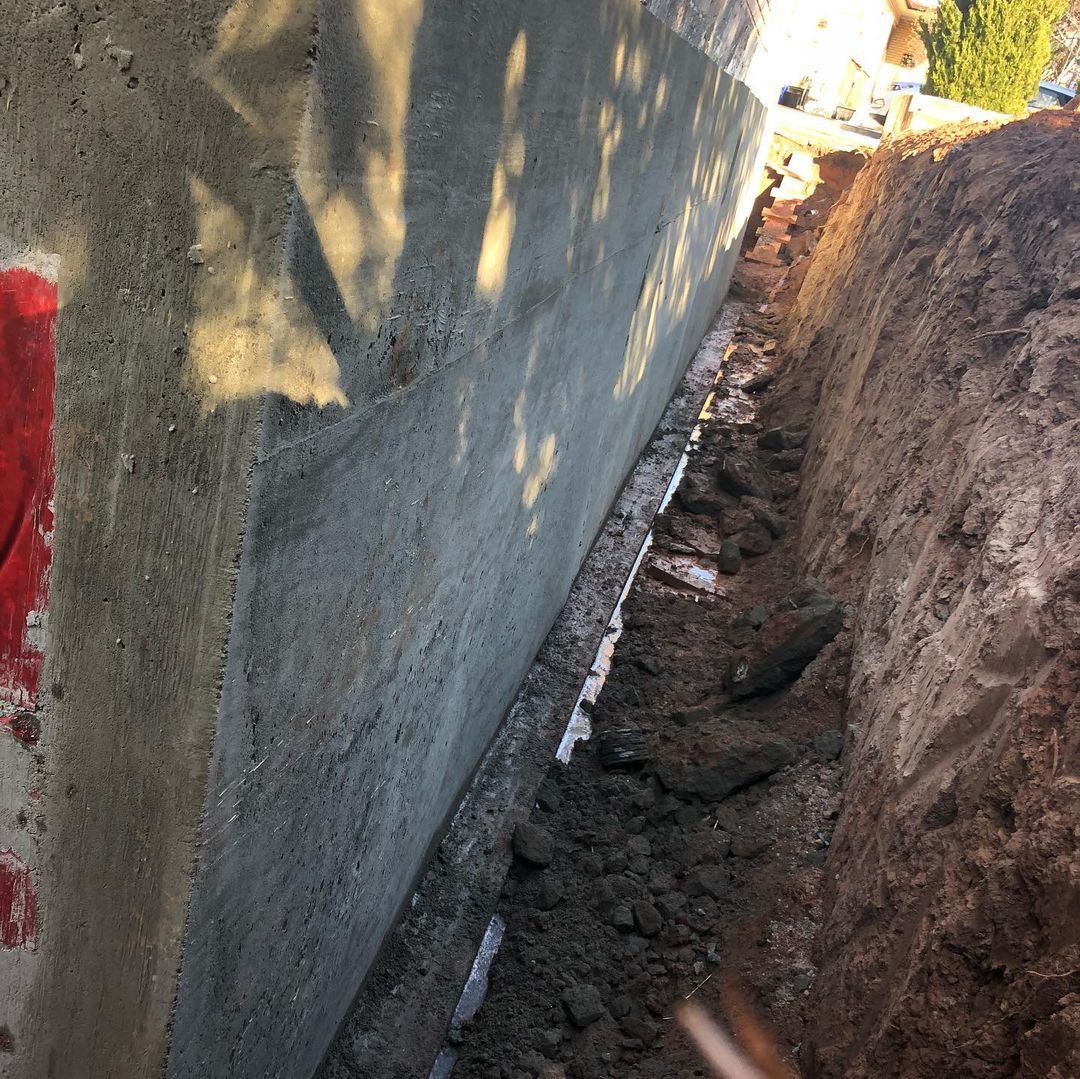 In some circumstances foundation cracks are not a big concern. If you have poured concrete basement foundation walls; long vertical hair-line cracks are a common result of moisture drying out of the concrete. This phenomenon is commonly observed on new construction homes and will usually evidence themselves within the first three years.

Such cracking may also be observed in a diagonal formation. The key is that the cracking does not widen to a point where one could insert a coin. If after six months of observation, the crack has not increased in width, it is safe to assume the crack is not a concern.

On poured concrete foundations and on block laid foundations, the observation of horizontal cracks is a definite point of concern. This signals that the foundation may be shifting due to soil erosion or hydrostatic pressure against the foundation wall.

It is common for older homes and buildings to settle over time due to soil erosion or insufficient compaction of soil beneath the foundation. Poor drainage around the perimeter foundation can be a culprit which leads to foundation cracks. Therefore it is important to grade soil away from the foundation walls by at least five feet.

In the same vane, insuring that downpipes which carry rainwater off the roof; are located to exit away from the foundation wall also a distance of about five feet. Where downpipes must exit into in-ground drainage pipes; it is important to make sure such piping is clear from blockage and that the pipes themselves are in good condition.

As an example, many older Toronto homes had clay tile pipes installed beneath grade. Over many years the clay pipes break down and essentially collapse. The result can be large volumes of water exiting at the break point and freezing against the foundation walls adding considerable pressure.

Horizontal and vertical foundation cracks can be repaired using epoxy and hydraulic cement. Smaller cracks filled by two part epoxy injection are best performed by masonry professionals who have experience in this field.

The best reasons for utilizing a professional foundation contractor include the facts that they have access to the best products, experienced and efficient labour, proper insurance coverage and provide warranties. Warranty can be particularly important if one elects to sell their home. It is always prudent to inquire whether the contractor’s warranty is transferable,if the property owner’s intention will be to sell.

New home purchasers and their home inspectors tend to be sensitive to major house components such as foundations, roofs plumbing, HVAC, and electrical work.

Some key indicators that there are foundation problems can include horizontal cracks on interior walls, doors or windows that stick when trying to open or close, and interior cracks which appear near the wall to ceiling junction.

On block foundation walls, one may observe cracks which appear in a stair step pattern. This is a result of foundation settlement or shifting, or from waterproofing issues on the exterior of the foundation wall.

There are circumstances where severe deterioration or collapse of a foundation wall commands very extensive remedial work. Typically the site of the affected foundation wall will require excavation of the adjacent earth and must be dug down to the footing.

In circumstances where homes are very close to one another, digging may have to be completed by hand which contributes to the labour costs of performing such work. Also under such circumstances ,there needs to be a place to store the excavated earth. Disposal bins are sometimes the only option if lawn or driveway storage space is limited.

When dealing with homes in close proximity to one another; an important consideration can be the integrity of the neighbouring home’s foundation. The client undertaking major foundation repair on their property needs to have earnest dialogue with their adjacent neighbour.

As an example, one does not want to get blamed for basement foundation cracks or water ingress at the neighbouring home after completing one’s own foundation work. It is therefore wise to have the neighbour’s related basement walls inspected and photo documented. It will often be discovered after such inspections that the neighbour will have similar perils to deal with. It also represents their most economical opportunity to repair and water-proof their foundation wall in conjunction with completing your own side.

Under such circumstances, final grading with positive drainage in mind usually runs from front to back of the properties. Another important consideration of such work is to insure proper support and shoring of associated foundation walls to guard against collapse. This represents another sensible reason to employ a qualified contractor that has the proper insurance.and agreeing with one’s neighbour to use the same contractor and avoid disputes after the fact.

Assuming the home has sufficient access between neighbouring properties, once the excavation of the foundation wall is complete and the correct shoring work is completed for safety; the repairs can begin in earnest. As deficient block or concrete is sawn out, the wall may require temporary supports in the form of jacks and or support posts as the damaged wall section is surgically removed and reformed and poured with new concrete of the right type and PSI strength. If the wall is block, the masons will lay new block and knit the block back into stable existing block foundation walls.
Whether the foundation is constructed of block or poured concrete; proper time is required to allow for curing. Also during the process of deconstruction and construction, the contractor will be concerned about keeping rain water out and or having to pump out residual ground water or rainwater while the project is underway.

Precluding any such construction, it is necessary to contact a utility locating provider who will mark where the existence of gas lines, water lines or under-ground hydro may be located and marked for the contractor’s reference.

After all of the structural block foundation wall is completed, it is suggested to apply a fresh parging of cement over the exterior wall surface as an added measure of protection, This would not be necessary for poured foundation walls.

Once the parging is completed, the water-proofing work can then be completed. As part of the process, restoration of weeper /drainage systems can be completed, along with installation of drainage aggregate poured to the required depth and compacted well.

Final steps include placing back existing soil and additional soil to account for compaction and the proper grading for drainage. Ground surface finishes such as grass, poured concrete walkways or brick paver walkways may then be re-layed or constructed as the case may be.