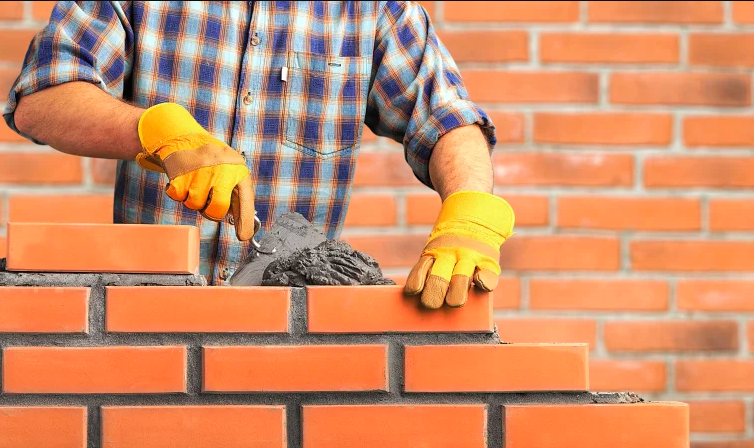 Brick masonry is a craft which takes many years to become proficient. Typically the trade is passed on from one generation to another, and likely represents one of the oldest trade professions known in countries across the globe.

An experienced brick masonry specialist will tell you that after decades in the trade, one can recognize why some brick masonry projects fail prematurely. In most instances, a failure can be traced back to some element of workmanship.

To some people, the laying of bricks to build a wall as an example; looks very simple and repetitive. But what the laymen may not know, is that there are a number of elements required to insure a properly constructed brick wall that will stand the test of time.

As an example; the strength of mortar is solely reliant on fairly exact ratios of sand, cement and water. Too much water in the mortar mix can result in the brick courses compressing and lessening the strength of the wall.

Next to consider is the preparatory steps required prior to laying any bricks. Bricks should be soaked in water prior to use for several hours and then let dry for at least an hour prior to use. As bricks are porous, they cannot sit in water for so long that it compromises the composition of the brick; but having enough concentration of water in the brick, helps it prevent absorbing moisture out of the mortar mix and thus lessening the strength of the mortar.

Upon mastering the correct formulations of mortar mix, and or incorporating elements such as bonding agents or lime dust for certain types of construction, the brick mason must learn to lay furrows of mortar that result in the correct depth of a mortar bed; for which the bricks are laid into, and for proceeding courses. If the mortar bed is laid too thick, it can cure in a convex shape that may cause the brick courses to shift or belly out as the moisture cures out of the mortar mixture.

Equally important to the technique of laying horizontal mortar beds, is laying vertical mortar joints between the bricks. It is important that the lay lines both horizontally and vertically are uniform and have a similar depth of mortar compaction. In other words, each corresponding brick surface must have a uniform covering of mortar. If there is not enough mortar, the bricks may shift as the mortar cures, or cracks and voids may develop in time.

There can also be problems resulting from applying too much mortar in the mortar bed. Bricks need to be adjusted when being laid to insure there is proper suction from the brick to the associated mortar.

It is of course imperative that the bricks are laid plumb and square in order that bellying of the bricks does not result, or the appearance on a long run of wall does not appear wavy or uneven.

The seasoned veteran mason will also be cautious to inspect the bricks before laying to insure that the quality of the brick product is to standard. Over or under-fired clay bricks will crack and fail prematurely.

The mason must also insure that there is an appropriate moisture barrier behind the brick surface, as migrating air and moisture infiltration may have long-term consequences if the wall cannot breathe. Incorporating weeper joints and or, brick vents is a requisite for certain types of wall construction.

During the course of laying a brick wall, it is important to raise the wall about one and half meters to allow the wall to set before proceeding to build the wall higher. Proper bracing also needs to be employed to hold the wall in a stable position. Building a wall too high and too fast can result in the collapse of the wall, before it has had sufficient time to start the curing process.

Newly completed wall sections should be protected with tarps or poly sheeting to avoid moisture, extreme cold, or extreme heat from affecting the curing process. It can take approximately one to two weeks for mortar work to cure properly depending on the time of year, and humidity levels.

When constructing an exterior brick wall as the facade on a home, it is required to use metal brick ties, which are placed strategically at prescribed intervals. This effectively ties the exterior brick wall to the sheeted framing structure of the home. On century-plus homes; it is common to find that masons of that era , often used long nails which they would insert through an open mortar joint, and nail into the wall beneath, and then mortar over the joint. This was a method of tying back brick courses by some.

As a result, when repairing old century brick walls it is common for rows of bricks to shift or fall off the building completely when deterioration of the bricks or brick tie has occurred.

Other failures can result from laying bricks at sub zero weather. It is possible to lay bricks in colder temperature provided that the work area has been tented and heaters remain on for a sufficient period of time to allow the curing process to begin. Ideally such work is best performed at above zero temperatures.

Adding anti-freeze to winter mortar mixes serves to weaken the mortar and can result in chalky marks on the exterior brick wall surface.

Efflorescence in brick walls and chimneys can result from moisture trapped within the bricks, or from salt mineral content that leaches through the surface of porous bricks; resulting in a white, chalk-like staining.  This can be cleaned however by scrubbing the surface carefully using a soft wire brush and mild detergent.

Another common failure issue in brick walls is the appearance of the exterior surface of the bricks appearing as if they have exploded. The surface essentially shales off as a result of moisture which has infiltrated the bricks and freezes in cold weather.

The required fix involves determining the entry points of water and then taking the necessary steps such as the installation of metal flashings and or waterproofing membranes to mitigate the water ingress. Bricks can then be sawn out and replaced in individual areas or on mass as the circumstance may require.

Examples of such areas that are vulnerable to this type of damage include parapet walls surrounding flat roofs constructed of bricks, brick chimneys, exterior house walls, brick piers and columns, and retaining walls.