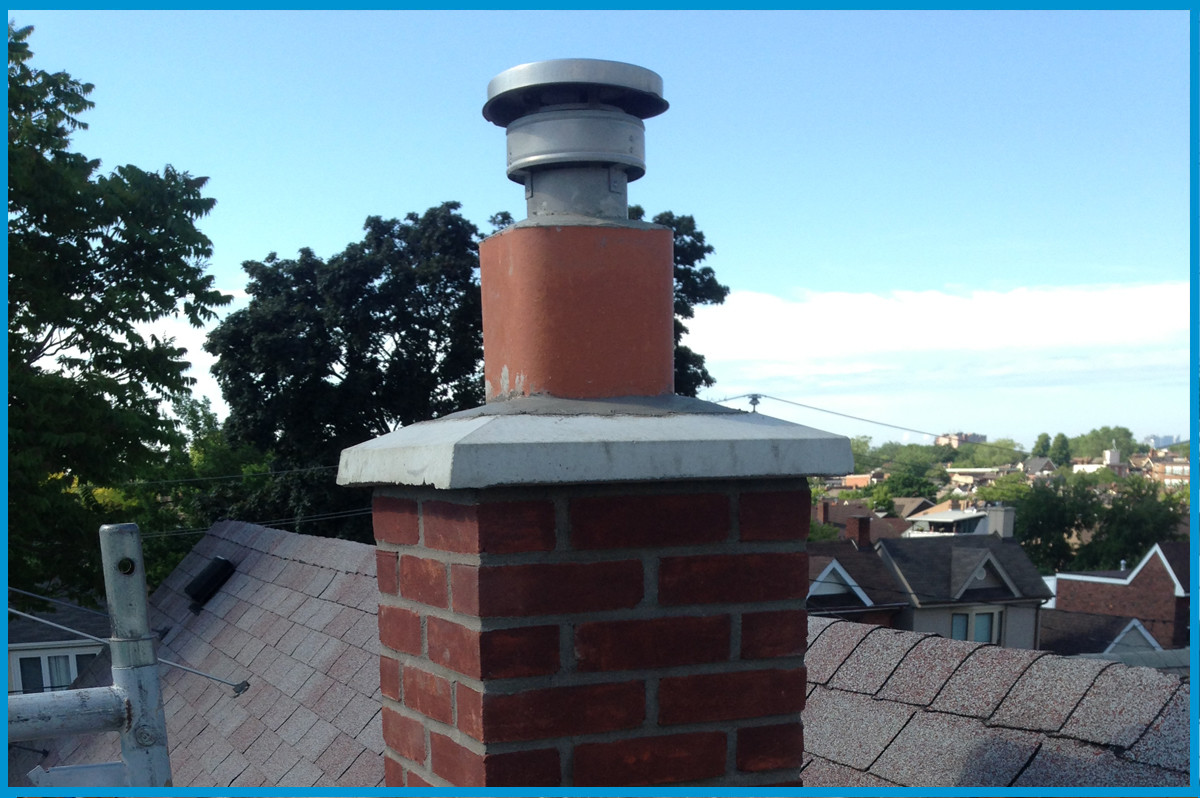 Signs for a Chimney Repair

For virtually all homes and particular commercial buildings; chimneys are an important, but often overlooked structural element. Chimneys require inspection annually, as they require being kept in good working order. 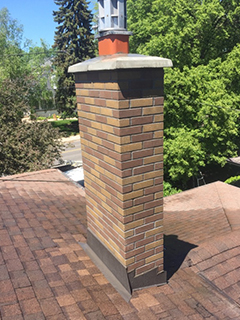 Starting at the top of the chimney (often referred to as the chimney crown); one may observe a precast concrete cap, or a formed, concrete poured chimney cap. It is usually designed to be proud of the lower brick work in order to shed water. Common to find are cracks in the cement, or void mortar joints on pre-cast cap portions. Left unrepaired, water can penetrate through lower brick courses, which can result in further damage to the main structure of the chimney over time.

The brick work or stone, which forms the body of the chimney, can also exhibit signs of deterioration in the form of missing or cracking mortar joints, and or shaled or spalling bricks (where the facing of the brick appears to have fallen off). This results when moisture has infiltrated the chimney, and saturated the bricks themselves. In colder temperatures, freezing can cause the face of the brick to literally fall off.

With very old bricks, the glazing can wear over time, and leave the bricks vulnerable to absorb moisture, particularly after a consistent or heavy period or rain. Often people can mistake roof leaks for leaks which actually result through deficient mortar joints or the brick work itself. Using a set of binoculars is a safe way for a home owner to inspect and observe such conditions from the safety of the ground.

While inspecting the body of a chimney, it is important to look for leaning of the structure. This can signal brick deterioration below the roof grade, and likely results in the chimney having to be rebuilt for obvious safety reasons.

In eastern Canada and the United States, where colder temperatures prevail, many homes have converted to natural gas furnaces and gas fireplace inserts, as opposed to original forced air oil furnaces. In many instances one of the chimney flues or a specific single flue chimney was used to exhaust the furnace. In early gas conversions often no liner was installed, which resulted in a health hazard, but additionally exhausted furnace gasses would prematurely corrode the bricks within the chimney.

Only a qualified professional should inspect the integrity of chimney liners, and look for obstructions. In Canada, such work is completed by a licensed gas fitter.

Where a chimney extends through a roof, whether sloping or flat; an inspection of the flashing located around the base perimeter at roof grade should be checked annually. Dried out caulk or metal detail coming away from the brick, signals the potential for water entry through the roof, and premature degradation of the brick work below roof grade may also result if left over time.

When undertaking any form of chimney inspection, repair, or replacement, it is important to observe safety when attending the roof. It is advised to enlist the services of an experienced masonry professional to conduct such work.

Once the exterior of the chimney has been inspected, an interior inspection of the flue, firebox, and related damper assemblies should be undertaken. The firebox is where one would typically light a fire.

Inspection of the firebox for such things as damaged mortar joints, or cracked or displaced fire bricks which line the interior is a first step.

The next inspection point involves checking the function of the damper assembly components. The damper should open completely, and easily. The damper opens to allow air to draft upward through the smoke chamber (located above the firebox). Make sure there are no obstructions impeding damper operation, such as displaced bricks or debris which has landed on the flap door or mechanism.

Professionals will typically use mirrors or mirrors on extendable rods to view inside the smoke chamber and in through the flu, (interior of the chimney). Checking for debris and evidence of animal intrusion such as bird nests or vermon, is common, and to observe creosote build up on the interior chimney walls. A minimal annual cleaning of a functioning chimney is advised to help prevent chimney fires.

When burning a fire, using dry seasoned wood is preferable to damp or newer wood, as it burns more completely, and results in less creosote build up. Chimneys which have interior metal liners should be inspected for any issues of disconnection, such as near the portion which extends through the top flue tile.

Inspecting for proper drafting of the chimney is also important. A chimney which draws quickly helps

avoid smoke which can curl back through the firebox, resulting in unpleasant odour and staining of the fireplace exterior.

Some chimneys which are equipped with internal fans to help draw in air, or blower fans located in the exterior face of the fire place, to expel hot air into the room; should have electrical connections and switches checked for frayed or burnt wiring, and proper contact connections. Such inspections of electrical related accessories are advised to be conducted by a licensed electrician.

Many older homes have chimneys that have external ash clean out chambers. These should be checked during routine chimney inspection and maintenance regimens.